Szydlower Semen. Letter to the relatives from the USA

My dear sisters Sonya, Vera and Donya!
The year 1977 is upon us and I would like to wish you all a happy New Year, good health, happiness, prosperity, and many more years of happiness and joy. I am your brother Simcha, same relation as your late brother Leon (Lev) who was a husband of Hannah with whom I am in correspondence for many years and who supports us, the survivors of the terrible war with German Fascist bandits who killed all our friends and relatives in the beginning of the war residing in the settlement of Kamenny Brod, where we all were born and from where we later dispersed all over the world.

Our mother, sister Sonya with two little girls of 3-4 years of age and her husband, they stabbed to death in October of 1941. And in Kamenny Brod itself all our kin were killed. We lived through a great tragedy. There are so few of us left. Our sister Blooma was haunted by these horrors all of her life and she died at the young age of 51. The only ones left are me, Simcha, Tsina, Brooshka and the late Blooma who resided in Novgorodvolynsky with her two children Misha and Ida who met Dvora, your sister, who visited the Soviet Union before her death and who undoubtedly told you about all of us.

Lev (Leon) who for many years resided with you and later, along with Hannah, moved to Cuba, where he lived for over 20 years and died at a relatively young age leaving behind Hannah with their son Manuel. You must know all about Hannah and her son with his spouse Betty and their two sons and a little girl of 4 months. We are thrilled that they are close to you and that you exchange letters. We are also happy to know that you live so close to each other and are able to communicate and stay in touch.

I am very surprised that you are not answering my letters, that you have forgotten us and seem to have no desire to interact with us. After all, we are your brother and sisters. We were very happy when we learned through Hannah about you. But we would like to know more about you, your health, your life, your families and all your relatives.

My wife Manya Grinberg, says that she remembers you all very well and that you all played together as kids. She also wants to know all about you. I have two daughters – the older is just over 40, she has a husband and a son of 10. My second daughter is 33 and she is just recovering from an illness, which has plagued her for the past two years. She has an 8-year old daughter. Her husband left her not wanting to stay with an ailing wife. Naturally we are very concerned about her well being and that her daughter is now fatherless. We are not young anymore and I, as a father, have my share of obligations, worries and concerns for the children and grandchildren as well as for all our sisters and relatives.

I am infinitely grateful to Hannah for her attention to us, for her support and for her heartfelt attention. We will never forget her assistance during our difficult times. The loss of my brother Lev (Leon) was very hard on me, as well as the loss of my sister Blooma Kazakish with whom we always were so close, always sharing each other’s joys and sorrows. Her death was a second big blow for us. Unfortunately neither me, nor my children could meet with Dvora during her visit due to my illness at the time. We would be very happy, while we are all still alive to be in contact with you, to have you attention, your tenderness as between brother and sisters.

Hugging you tenderly and kissing you many times. Awaiting your response.

With sincere love, your brother Simcha. 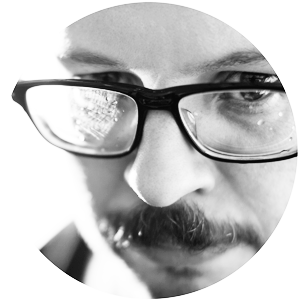